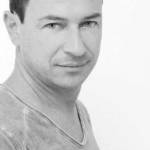 Outwork is the Italian producer Pietro Berti, who has been toured as dj in the Italian clubs since the '90s.
In 1997, due to his music's passion, he created the X-SIDE STUDIO, where his productions were born.

Outwork's unique electro sound - influenced by italo-disco songs - has conquered the dance floors as well as the European charts. In fact, in 2006 he released "Elektro" (feat. Mr Gee): the track was supported by Bob Sinclar, Roger Sanchez, David Guetta, Tiesto, Carl Cox, Erik Morillo and many others and reached #1 in the Uk Dance Single Chart, TOP50 in the Uk Single Chart, #9 in the Spanish Chart, #27 in the Dutch Chart and chart positions in Belgium.
The follow-up FIESTA ELEKTRONIKA by ALP VS. OUTWORK hit the Spanish and Dutch Charts (#14 and #36).

In 2015 Outwork got two nominations at the Italian Dance Music Awards: Pietro was nominated in the Best Podcast category and as Best EDM Dj Producer.

Since 1994, Outwork is Italian testimonial for Pioneer Pro DJ.

We are proud that Outwork has joined Off Limits for the collection of his neighbouring rights.