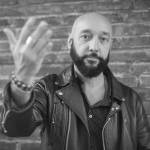 MazZz is Andrea Mazzali. MazZz's passion for djing has begun in the '80s, but only in the 90's he can turn his passion into a profession, alternating the dj activity with the composer one. Thanks to his compositional attitude, Andrea has met and collaborated with some of the most important record producers, including Daniele Davoli from BlackBox. Thus, MazZz's productions began to be played in clubs and to reach positions in the sales charts as "Repeated Love" by A.T.G.O.C. (1998, #32 in the UK Official Chart), "Sound of Bamboo" Flickman (2000, #11 in the UK Official Chart e #39 in the Billboard Dance Club Songs Chart), "Hey! Paradise" Flickman (2001, #69 in the UK Official Chart), "Butterflies" Transgenic Tools (2001, #82 in the UK Official Chart) and "Up & Down" by Scent (2004, #23 in the UK Official Chart and #32 in The Netherlands chart), just to name a few. As a dj, MazZz has played in many UK's club as well as in the top Italian clubs, such as Papeete Beach & Villa Papeete, Pineta, Just Cavalli, Tocqueville Milano, Club 64 (Isola d'Elba). In the latest years, MazZz has collaborated with Molto (independent Italian label) and with Benny Benassi, taking care with him of many productions and remixes (Sofi Tukker, 19eighty7 and Jack Savoretti). We are glad that MazZz has joined our service... so, welcome on Off Limits Rights!