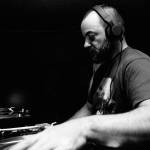 In 1992 Stefano Gamma has begun his career as producer. A few years later, he topped the TOP 10 UK Club Chart with "Freedom 99" by Homeless feat. Ann-Marie Smith (Homeless is one of Stefano's art names, as well as Antonomasia, The Knowledge and many others), the TOP 20 della Uk Club Chart with "And I'll Be There" by Antonomasia and the Singles UK Pop Chart with the track "As (Until The Day)" by The Knowledge.

Off Limits is glad to welcome in its roster Stefano Gamma, dj and producer who has contributed to the growth of house music.