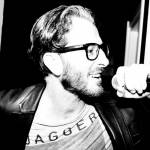 Danny Losito is an Italian singer who has lent his voice to several projects, touching the dance, funk, electronic / down time, pop and house genres.
In 1990 he has founded - together with Davide Domenella - Double Dee; their first single Found Love topped the charts in Italy, US dance, France, Holland, Belgium and England.
In 1996, he has founded the group Kágo, in collaboration with Gianluca Mosole.
In the course of his career he participated at Sanremo Festival (2004), the reality show Music Farm (2005) and The Voice of Italy (2013).
In 2016 he was nominated for a Grammy award (category Best Remixed Recording, Non-Classical) for the song "Falling Out" by Crossfingers Featuring Danny Losito (Ming remix).
Danny Losito has entrusted Off Limits for the collection of his neighbouring rights. Welcome!